Photokina started this week and over the last few days all of the camera manufacturers have announced what will be shown and whilst some of the new stuff will be available as early as next week most of them won’t be available until next month or later.

I have to say that although a lot of stuff has been announced there has been no “WOW” products this year, we seem to be in an evolutionary phase at the moment. The other fact that seems to have dampened my view is that the rumour sites have been on the ball this year and very little has been announced that wasn’t known before.

However, a few of the things released are interesting (to me anyway) and I will go over these as well as a few things that would have interested me more if they were released a few years ago. I will list them by manufacturer:

The big announcement from Canon was the long awaited EOS 7D-MarkII; no-one really knows why it has taken Canon so long to release this device. Whilst there are some truly innovative features that are a pre-requisite for a Sports/Wildlife/Action camera such as the focusing system from the 1DX, 10fps for 31 RAW files, enhanced weather sealing and the same controls as the full-frame 5D-Mark III there is nothing new in here. The sensor is getting really old now; it is a tweaked version of what was in the EOS 70D and only 20MP!

Nikon has moved almost exclusively to 24MP sensors (DX and Crop – the Df and D4/D4s are the only exceptions) and they have removed the OLPF filter to get the maximum benefit of the sensors too. The update does mean that the camera now has full access to the Canon Speedlite system though and with built –in GPS there is no need to spend £250+ on the GPS adapter; but where is the WiFi?

So the EOS 7D MarkII is a competent upgrade and was exactly what was needed over the original 7D but I wouldn’t consider is not an awesome upgrade considering the time it has taken to come out. Maybe this will encourage Nikon to release an upgrade to their now discontinued D300s?

Unfortunately there is still no sign of the Mark II version of the EF100-400 Mark II this year, this would have been an excellent companion to the EOS 7D-MarkII. 😦 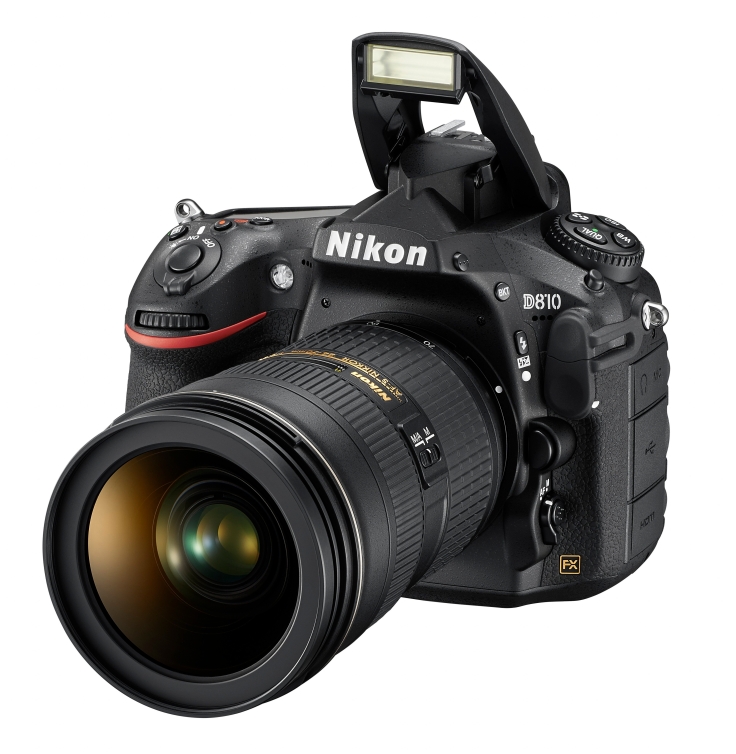 Nikon are really ramping up their (35mm) full-frame camera line up. Last month they released the D810 which is more of an upgrade over the original D800 than the small change in model number implies. This new model has some major improvements and replaces both the D800 and D800e and has no Optical Low Pass Filter (OLPF) unlike the D800 and the D800e’s dual-cancelling-out-filter kludge.

Just prior to Photokina Nikon added a new full frame camera to the line-up, the D750. Once this was announced on the rumour sites everyone jumped to the conclusion that this would be the “true” replacement to the Nikon D700 – hoorah! However, once it was announced that it would have two SD slots I thought that it would more likely be based on the D610/D7100 chassis and it is (sort of).

So instead of the D700 upgrade (which I suppose is really the D810) we get a quasi-mish-mash of the D810 and the D610. Take a D610 and improve the chassis so that the lens mount is now attached to the metal sub-frame and shoe-horn in the focusing and metering system from the D810 as well a tilt screen with all of the latest Nikon DSLR video capabilities too. This should give you an idea of the camera’s capabilities. 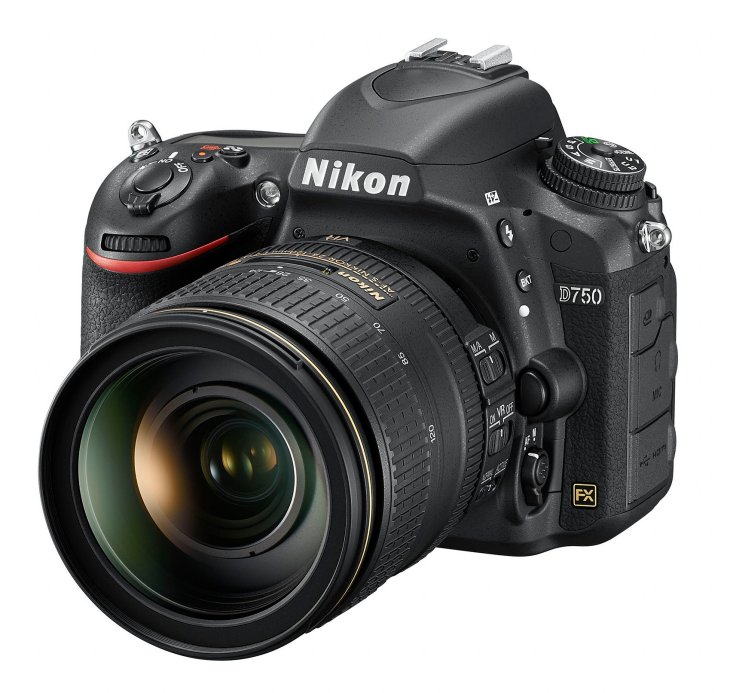 This shows that Nikon is either a clever genius or has totally lost the plot it all comes down to what you want/need from a camera. I think Nikon currently has the edge in full-frame DSLR cameras (over Canon anyway).

What about the Nikon DX format? We have had no announcement (no D300s) on this front but Nikon could take the D750 swap out the sensor for the one from the D7100 (tweak it a bit) and hey presto we have the D7200 – if the buffer and FPS are improved it could combat the EOS 70D and 7D Mark II. But I suspect that Nikon aren’t that forward thinking. Maybe they have a D400 ready but wanted Canon to show their hand first?

Sony:
Sony have announced no Alpha lenses or cameras (so no Alpha A99-MarkII), this events seems to be an FE lens and accessory love-in. The fabled FE 16-35mm lens was released as well as full size mock-ups of the lenses coming later this and next year along either a full FE lens roadmap. 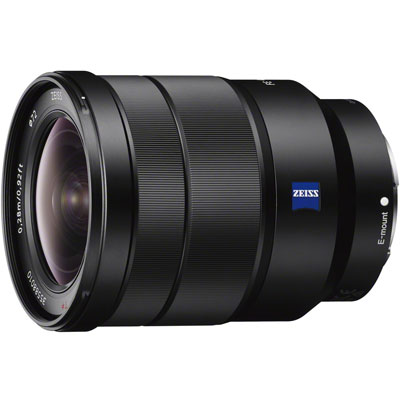 I don’t know what it is but there is something I like about the A7 and it lens range and once the second gen bodies come out I hope to pick up a second hand A7 (maybe an A7R) at a good discount. The fact that we are now about to get a lot more lenses (third party ones too) means that there should be enough glass to satisfy everyone. I like the fact that you can use the same stuff on the APS sensor sized Ax000 cameras to such as the A6000. We also have a very good Alpha mount lens adapter with or without a phase-detect focusing module for lenses such as the 80-400mm and finally there are many third-party lens adapters for just about any lens out there (with varying degrees of automation).

Olympus have finally released the 40-150 f2.8 weather sealed “pro” lens and I have noticed that this will sell for £1299 which I think is a very competitive price; it’s only a bit more expensive than Panasonic’s 35-100 f2.8 lens and has a much greater telephoto range (at f2.8!). Unfortunately for me, is that although I can attach this to my GX7 and GH3 I won’t get the full benefits as there is no Optical Image Stabilisation (OIS) in the lens. Olympus use “in-body image stabilisation” (IBIS) and the 5 axis IBIS in the OMD EM1 and OMD EM5 is really impressive. Yes I know that the GX7 has IBIS too but it’s nowhere near as good as the Olympus. 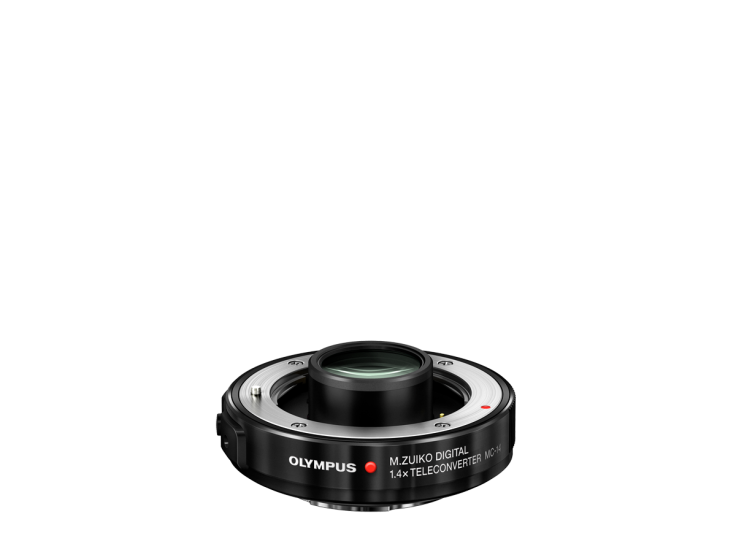 They also announced a major OM-D EM-1 firmware update that may or may not enable 4K video but brings a whole host of feature updates and the usual bug-fixes.

I have to say that I am really impressed with what Olympus are doing at the moment and with the recent price drop of the OMD EM1 (to £1699 with the 12-40mm f2.8 lens) it’s now a more attractive option.

Panasonic:
Panasonic also realised a large firmware update for the GH4 but this doesn’t seem to add many new features. However more interestingly they did release two cameras that I am interested in. First we have the fixed (zoom) lensed LX100:

Unlike the competition that seems to have standardised on the 1″ sensor they have gone for a 4/3 sensor which is twice the size; this is the same sensor size used in their interchangeable lens cameras. The camera is reminiscent of their now defunct LC-1 (a full-sized 4/3 sensor camera) and their LX range which hasn’t been updated for some time. Having a lens to support the full-area of the sensor would make the camera too big so they have cleverly given the user a number of aspect ratios to choose from that each uses different areas of the sensor as required. This is a very desirable compact camera and it has an EVF and 4K video too; but at £799 it isn’t cheap.

Panasonic also announced the GM5 which is essentially a slightly larger GM1 but with an EVF built in, there isn’t much else new in there and it won’t replace the GM1 but sit alongside it; the GM1 kit costs only £549. I wouldn’t mind a GM5 although this costs £749 with the 12-32mm lens I think I would rather get the LX100 for £50 more as I already have two MFT interchangeable lens cameras now.

I think that this is the most interesting new product announced and is better than the Nikon and Canon efforts. This camera has everything built in except the kitchen sink and shows what a manufacturer who isn’t scared of sacrificing some sales from an already established DSLR line can do. The Samsung NX1 is an mirror-less APS-C sized sensor camera with a 28MP sensor, it has an all new focusing system and can shoot at 15fps while still focusing; the buffer is large enough to hold 77 high quality jpegs or 40 RAW files. It has a tilting touch-screen, EVF and loads of control wheels & dials. It also shoots 4K video and can take an external battery grip too.

So we have a very nice reasonably priced camera with good glass, the biggest problem I believe will be finding a supplier as Samsung have never been this keen on this end of the market before. I just hope that they commit what is needed to be a real player. I look forward to having a go with this camera if I can find a place stocking them. Maybe a trip to WEX Photographic (in Norwich) is finally needed it isn’t too far away from Lincoln.

2 thoughts on “My Photokina thoughts”