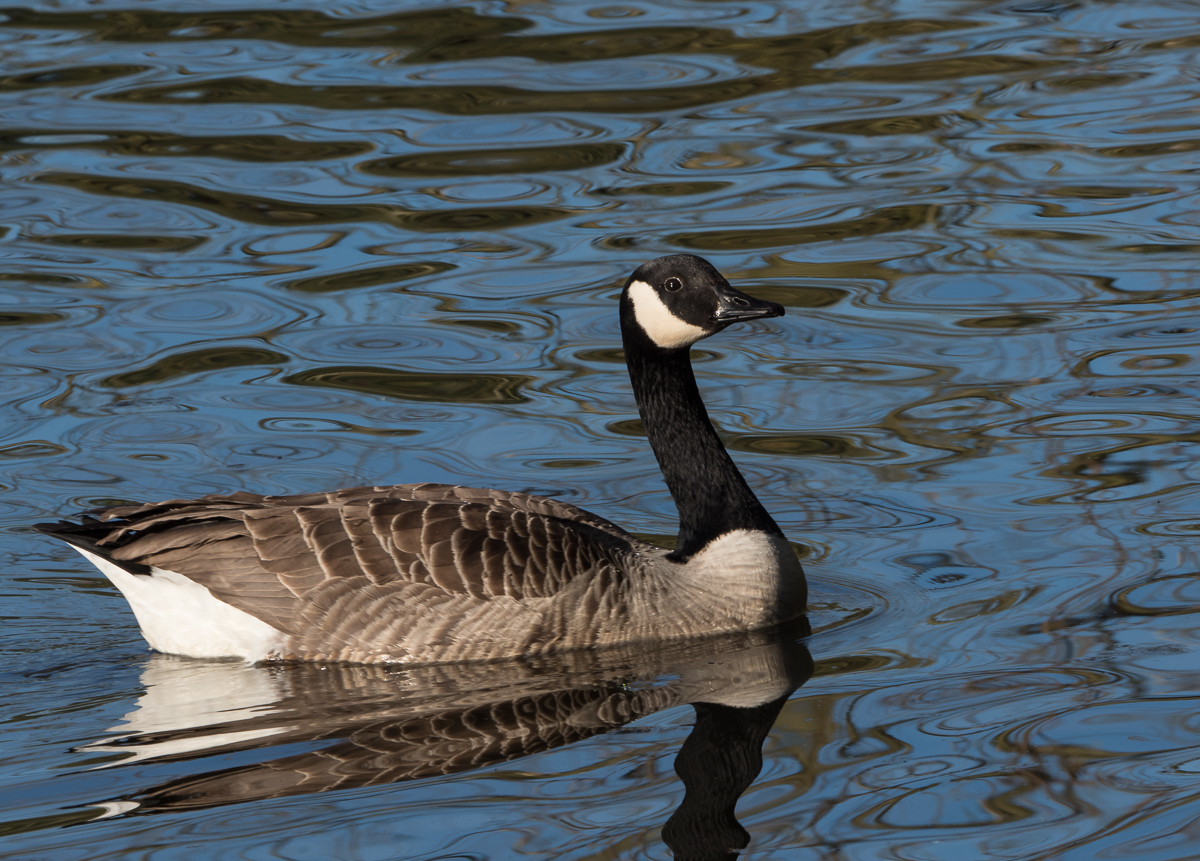 I haven’t been to Hartsholme Park here in Lincoln for some time so I thought that I would pay it a visit; it would also allow me to test my new lens out. Unfortunately, by the time I got around to this on Saturday it was late afternoon so the Sun was in completely the wrong place. For this reason, some of the harsh lighting made getting some of the shots I wanted difficult. That said it was a good first try of the lens which is very sharp if the subject wasn’t moving too fast (my shutter speed was too low lots of the time) and I nailed the focus. There is certainly room for improvement from a technique point of view but the amazing reach of the lens especially when combined with the 1.4x teleconverter allowed me to get shots that were previously too far away.

The first two shots of the Canada Goose and the Crow were taken from the bottom of the lake (at the 6 o’clock position) where there is a large “viewing area” of most of the lake and the central island where the Heron’s nest ever year. 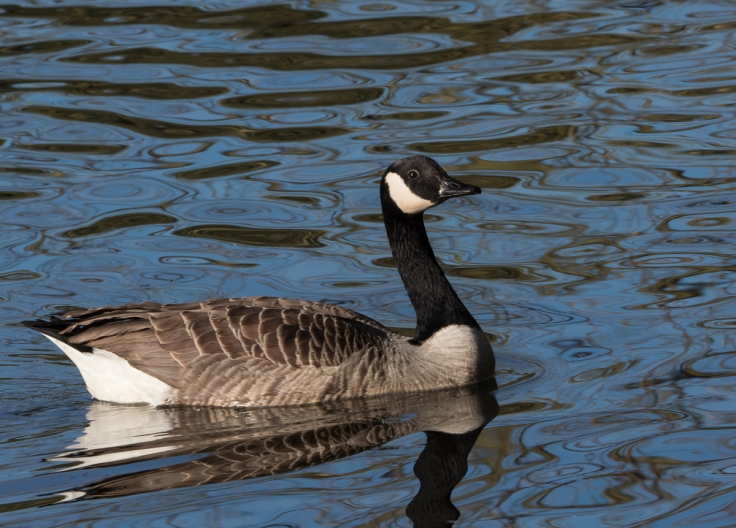 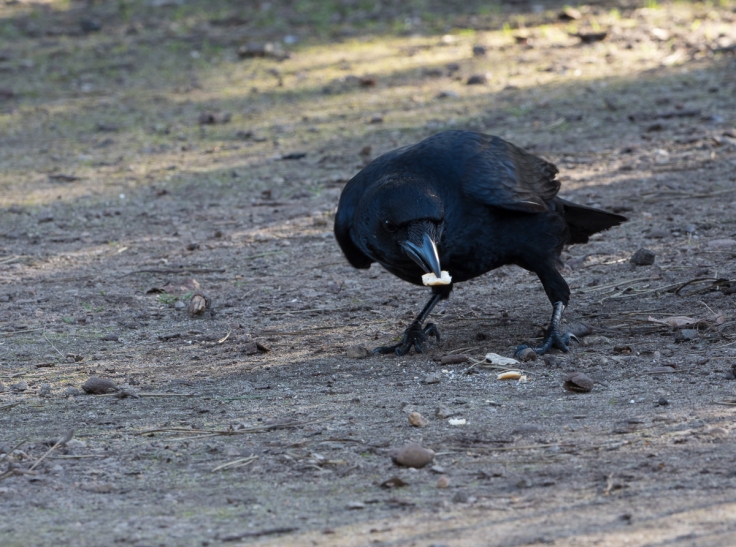 As I ventured clockwise around the lake there were many black-headed gulls intermixed with the usual ducks and geese that normally in habit the lake. What was surprising were the fact that some of the gulls had their winter plumage whilst others had their spring/summer plumage?? 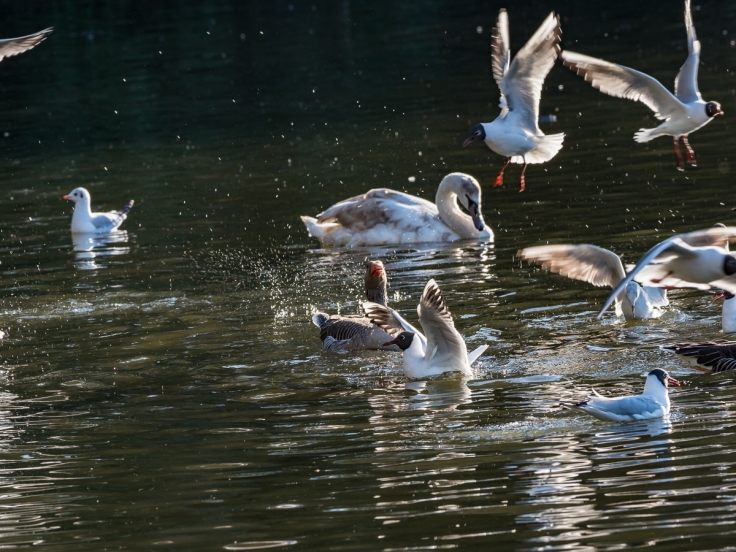 A little bit further around was a single black headed gull with its Summer plumage (i.e. the entirely head is covered in black feathers): 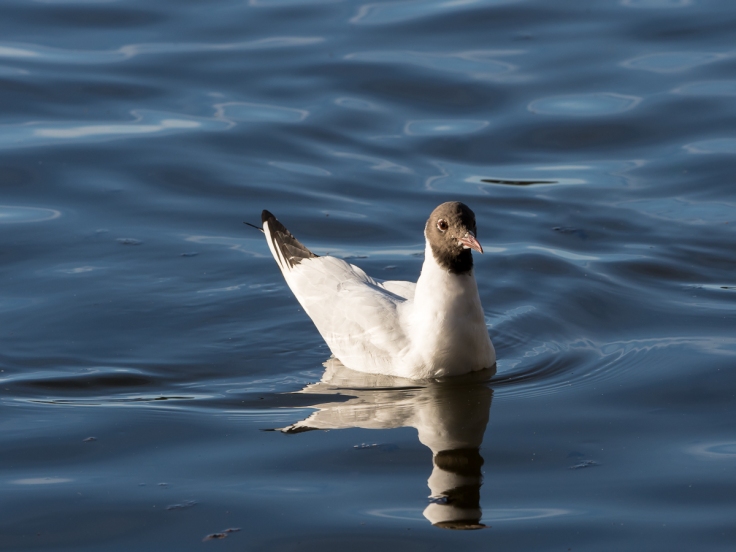 This Mallard duck was looking directly at me: 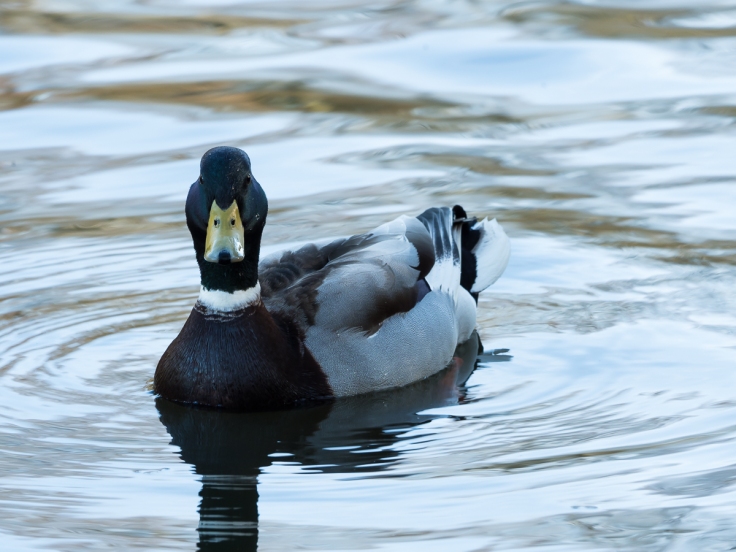 Even with the reach of the lens and teleconverter combo the Grey Herons that were flying around required some serious cropping, this isn’t a great shot: 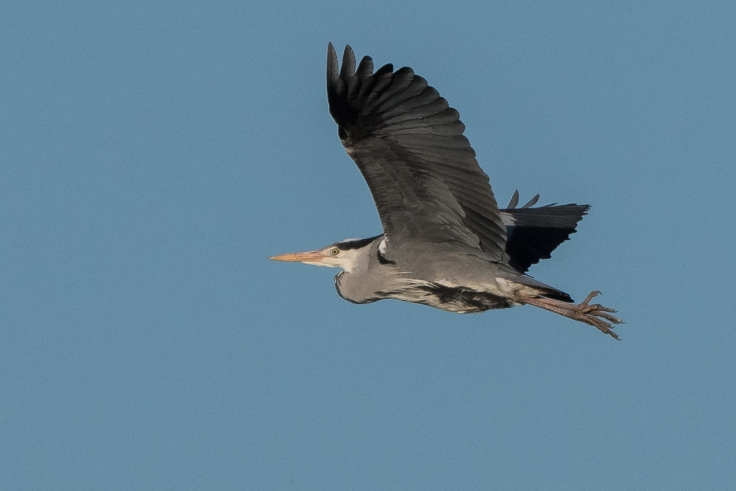 If you get to the 9 o’clock position of the lake (past the bridge) you can see the west of the island and here are about 5 or 6 Heron couples making and maintaining nests: 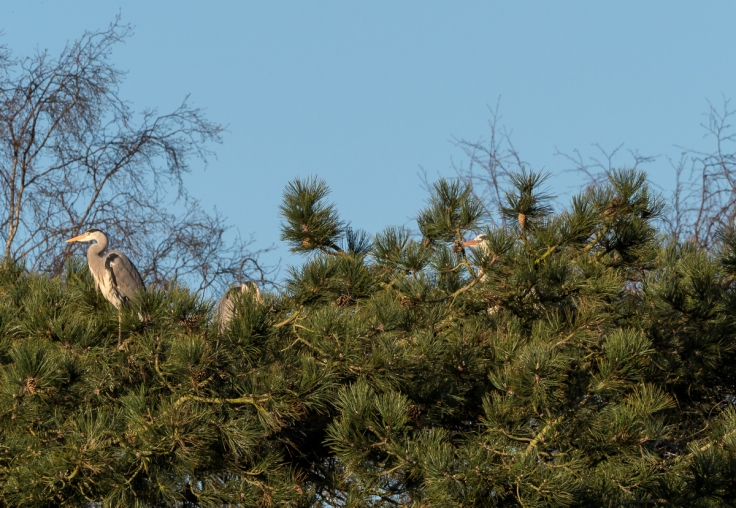 This Grey Heron was bringing back a large twig for its nest: 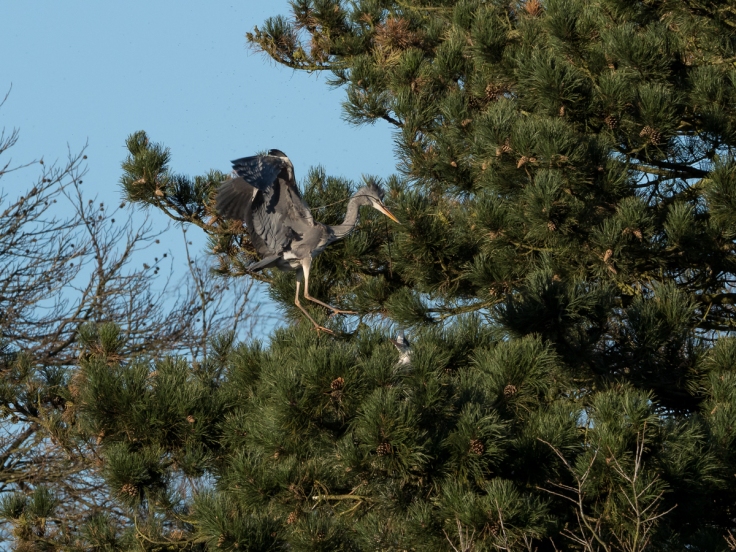 If you look carefully at the bottom-left of this picture you can see a very young Grey Heron chick that has already been born: 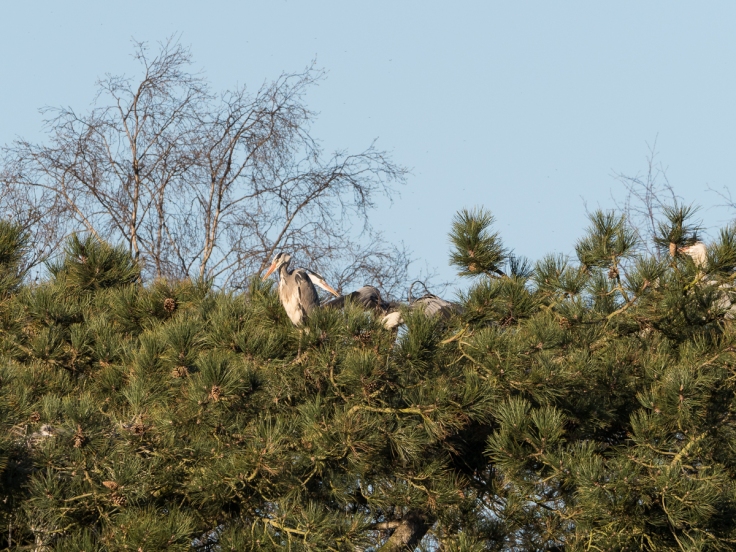 The final three pictures required little to no cropping and show how sharp the lens can be: 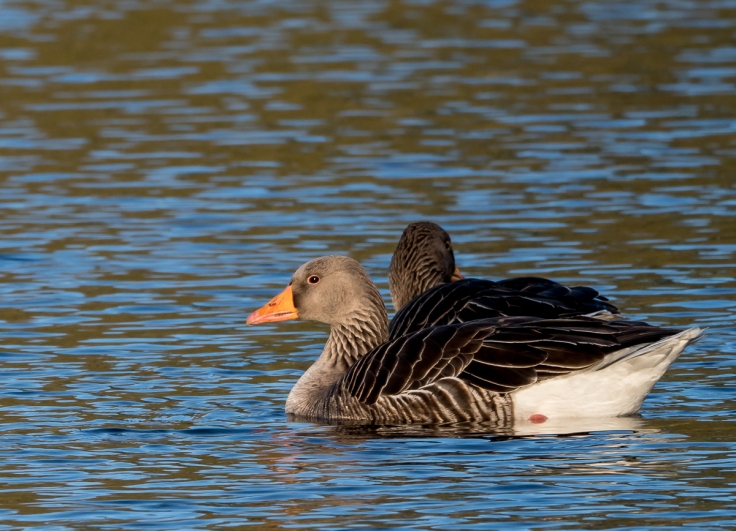 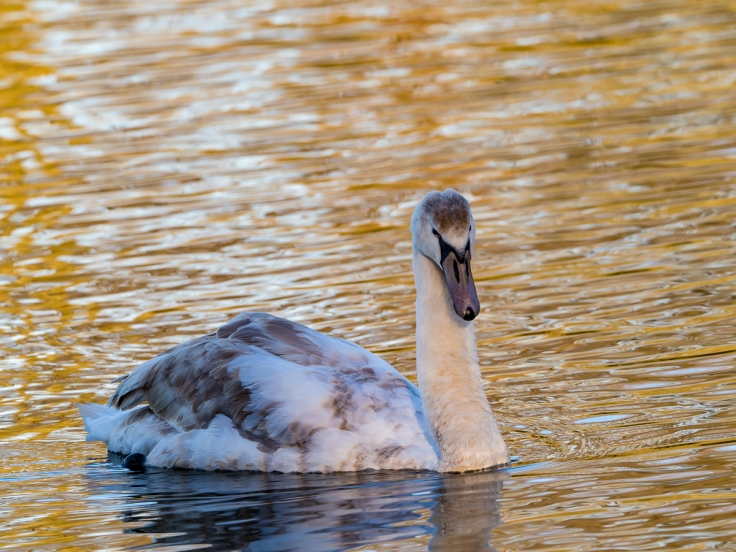 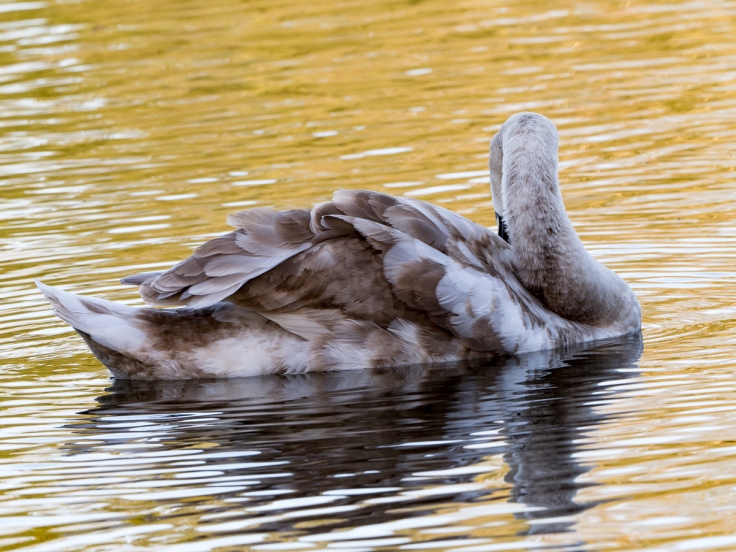