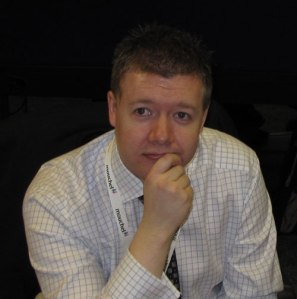 Hi, my name is Chris Bennett. I live in Lincoln (Lincolnshire in the UK), and have been here for over 12 years now.

As my father was in the forces I have moved around a fair amount mainly throughout the UK and one stint in Germany near the Netherlands border. This is where I spent two years in the sixth form studying Chemistry, Physics and Maths.

After school I went to live with my Aunt and Uncle in Winchester (originally for a few months) where I studied Electrical and Electronic Engineering over 4 years as a day-release basis for the company that I was working for. As part of working for the company I started to get interested in IT and eventually managed IT for the company on a part time-basis, they even allowed me to go on some training courses – Windows NT 3.51 Server and Advanced Server.

I enjoyed IT so much that I wanted to do this full-time. By now my parents had moved back to the UK so I applied for an IT job in Lincolnshire (Sleaford to be precise). I was successful in that application and I moved up to Lincoln after seven years in Winchester.

Although the job was full-time IT there was a lot of travel throughout the UK and the company was quite small so after 18 months I applied to work for the County Council – much better prospects (at the time) and less travel.

I was successful in the application and went to work for the county council and it was only a few miles from where I live (Sleaford was 18 miles each way). What I didn’t know was that the IT (along with some other areas such as Property and Finance) was about to be outsourced. This went ahead and over the years I have worked for many companies without ever changing desks. Along the way I have moved from General IT to Application Support to Server Infrastructure and now I am a Senior Project Manager.

Although I work in IT, I am very interested in Nature and Photography. I have been a member of the RSPB for many years and now I’m also a member of NAPP too. The two interests have been combined so I like to photograph animals and landscapes (along with family events and local contests). The trouble with Nature is that the animals don’t like to pose for you and are more interested in their every day lives than waiting for you to get the shot.

I have created the blog to show a few of my favourite images, comment about some of my interests and blog about anything that interests me and hopefully any readers that might happen to read my blog.

One thought on “Who is Chris Bennett?”